By Chris Matthews for Mailonline

A learner driver crashed his father’s car in a family’s living room “while taking a child for a ride”.

The 17-year-old who is believed to have a provisional license plowed the silver Toyota Verso through the bay window of a house in Bradford, West Yorkshire, on Friday night.

A little girl between the ages of five and seven was said to have been seated in the front passenger seat.

Both girls were taken to hospital with non-life-threatening injuries.

Firefighters assessed the stability of the house before police removed the car.

“Two women were taken to hospital where their injuries are not considered life threatening.” 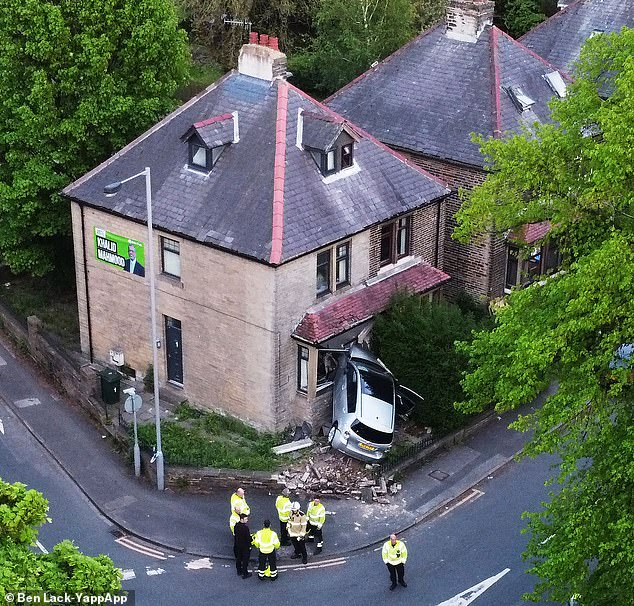 The car drove up the sidewalk and into the living room of the house. The driver, apparently a 17-year-old learner driver, and his passenger, a little girl, were injured

The fire service said: ‘This was a request for us from the police after a car went through the bay window of a house.

“There was no one trapped but there was a fuel leak.

“We sent in the technical rescue unit from Cleckheaton.

“We assessed the stability of the house and then the police organized the recovery.”

Only the government has the power to ...