Even at the best of times, opera and dance are dying art forms. Their following is loyal but small, and not necessarily growing. Yet they persevere because there will always be a core group supporting new and classic work. The Metropolitan Opera reopened in the fall and, unlike many theatrical events, did not miss performances due to covid outbreaks. But the Met is just the tip of New York’s operatic scene, and this spring there are several independent opera events to choose from. Same for dancing. Downtown has a big tent festival with top companies – Ballet Hispánico, Dance Theater of Harlem, Martha Graham – but you can catch young talent at the Baryshnikov Arts Center. Small or big ticket, opera and dance are back this spring. Go encourage them.

Can we somehow preserve our personality, our essence, after death? This is the philosophical question posed by the Dutch composer and filmmaker Michel van der Aa. In his new multimedia opera, a daughter (the sublime soprano Julia Bullock) downloads her father’s memories and thoughts to create a “virtual resurrection”. Opera has always excelled with stories of heroes who dare too much, who feel too deeply and it feels like Icarus territory.

Kamala Sankaram’s 2019 opera with librettist Rob Handel premieres in New York courtesy of New Camerata Opera. The one-act chamber opera follows Ada, Countess of Lovelace and daughter of Lord Byron, a visionary involved in the development of 19andproto-computers of the last century. Ada struggles between her math work and her social obligations as a mother and wife. She pioneered the algorithm, but Victorian hypocrisy is a harder code to crack.

Hamlet at the Metropolitan Opera (May 13 to June 4)

After Fire locked in my bones and Eurydice, the Met is keeping its promise to produce a new opera. Now comes a play that premiered at Glyndebourne 2017, based on a little-known play by Shakespeare. Australian composer Brett Dean and librettist Matthew Jocelyn (the latter using 20% ​​of the original text) musicalize in two acts the story of a melancholic Dane hesitating on revenge. Allan Clayton reprises his performance as the titular prince.

One of master choreographer Mark Morris’ most beloved works returns to BAM after two decades: Allegro, Penseroso and Moderato. Danced to music by George Frideric Handel, this glorious triptych refers to the title’s three states of being: happy, reflective and moderate. Philosophical yet kinetic, playful yet profound, this sublime conversation between modernity and classicism will be on any dance lover’s must-have list. Featuring the Trinity Wall Street Choir with Downtown Voices conducted by Colin Fowler.

Come for a little knowledge and a lot of dancing. On Friday nights through May, at the David Rubenstein Atrium, DJs spin Latin, K-Pop and hip-hop tunes. The night of April 8 celebrates the K-Pop juggernaut BTS. New York K-Pop specialist DJ Gamma Vibes will be playing the band’s greatest hits and deep cuts for a show that will blow your mind. Everything is free.

After a two-year hiatus, choreographer and dancer Ashwini Ramaswamy’s meditation on crows and memory has its New York premiere. Fusing folk imagery and ancestry, Ramaswamy presents three dance solos, which recall a memory that has a common origin but is remembered differently by individuals. Live music by composers Jace Clayton and Brent Arnold samples and deconstructs the classical South Indian music of Prema Ramamurthy. 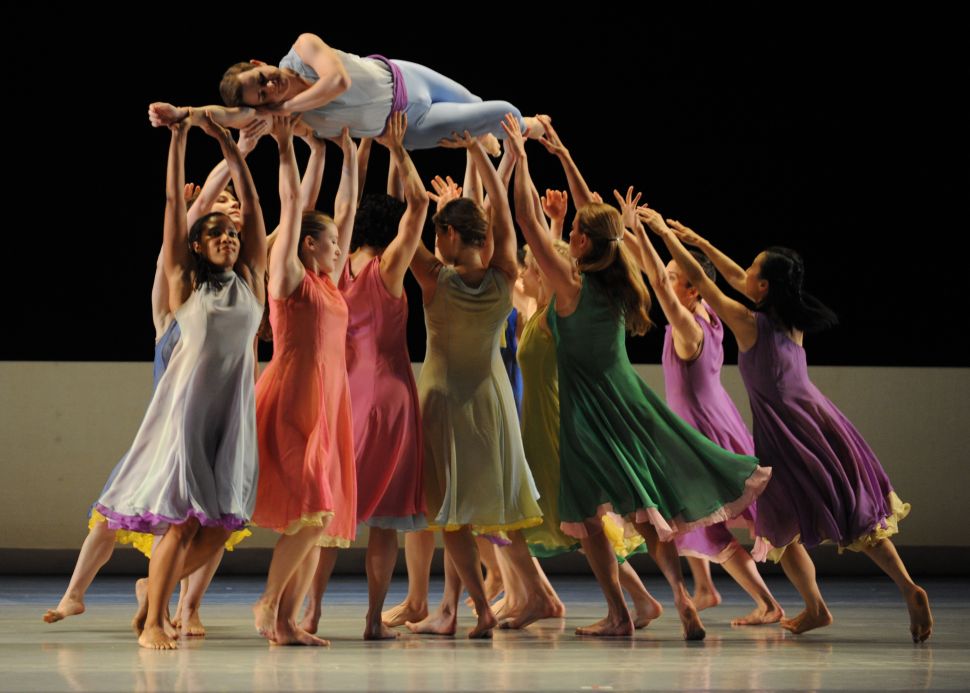